Reflow registration is still open for utility and energy agency employees who would like to watch the recorded LIVE sessions.

Who Should Attend? Reflow is designed for utility decision makers, executives, planners, DER programs managers, designers and administrators. Whether you're new to PowerClerk or an expert, Reflow will help you more effectively leverage PowerClerk in your utility.

Why Reflow? Reflow attendees will learn how to realize the full potential of PowerClerk to drive efficiency and flexibility in programs across your organization—today and into the future.

Topics. Reflow is designed for people with varying levels of familiarity with PowerClerk. Reflow offers a range of content including introductory sessions, in-depth best practice demonstrations and utility speakers sharing how they leveraged PowerClerk in their utility. Learn how PowerClerk streamlines and automates utility processes in real world applications with utility speakers from Public Service Company New Mexico (PNM), Southern California Edison and more.
Agenda Summary
Reflow 2022 will consist of 11 sessions over 4 days: April 21st and May 17-19th. Scroll down to see a summary of sessions, or click here to read a detailed agenda.

In these sessions, PowerClerk experts and your utility peers will dive deep into how to use PowerClerk to streamline workflows and processes. It will be beneficial to have some familiarity with PowerClerk's features and functions prior to attending these sessions.

Have questions about PowerClerk? Click here to learn more.
About Clean Power Research

Clean Power Research® is a trusted partner of leading utility and energy enterprises and is best known for delivering innovative software services that help companies successfully navigate the energy transformation.

For more than 20 years, Clean Power Research’s customers have depended on the company to inform, streamline and quantify energy-related decisions and processes. the company builds and operators adaptable and efficient cloud software for: 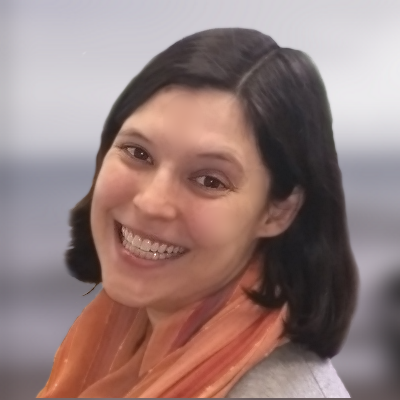 Jennifer brings a customer focused approach to her work at Clean Power Research. She started in 2014 and has worked in many roles across multiple products. Before transitioning to the PowerClerk Product Management team she worked with the WattPlan product as a Customer Success Manager and on the rates database.

As a PowerClerk Product Manager, she works closely with our utility customers to understand their needs, strategize on solutions and translate those concepts into software development specifications. She collaborates with customers on key processes such as the design and launch of new energy programs, partner integrations, data visualization and reporting. Jennifer holds a Master of Science with a concentration in Sustainable Systems, a B.S. in Environmental Studies, and is certified in Database Management and Industrial Ecology. 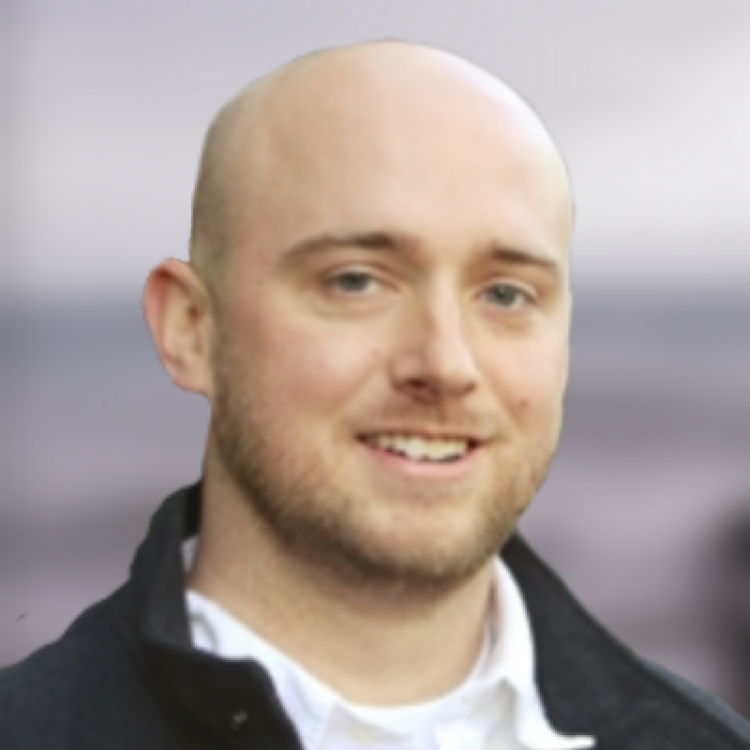 In his role as Product Manager at Clean Power Research, Brian is responsible for driving the evolution of the WattPlan and PowerBill products. This includes the development and commercialization of software services that help simplify complex energy decisions. Brian works closely with utilities, dealers and financiers in the solar, electric vehicle and related industries to deploy software that helps them and their customers make informed energy decisions.  Prior to joining Clean Power Research, Brian worked with a clean tech start up, Infinia Corporation. Brian holds a B.S. in Electrical Engineering from Washington State University. 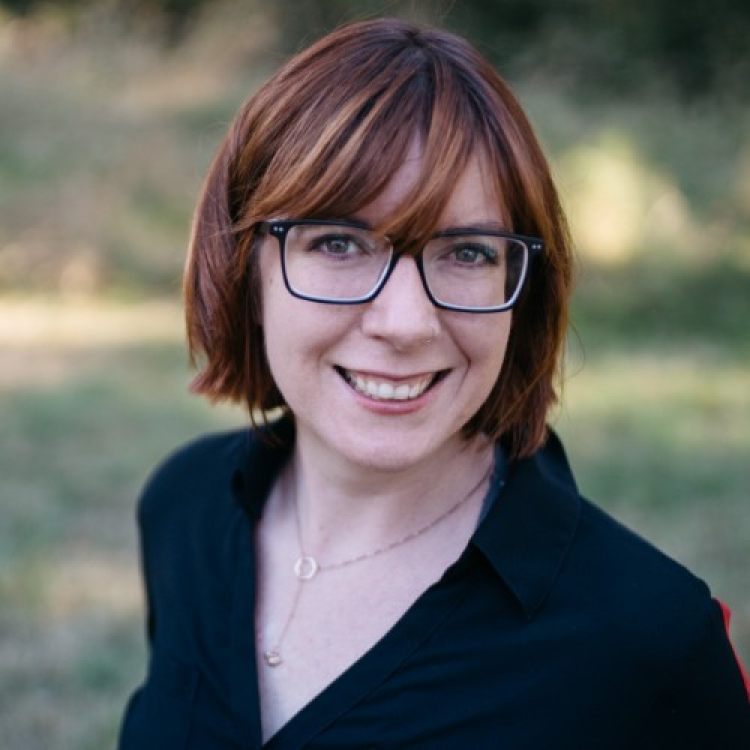 In her role as Customer Delivery Manager, Melissa is responsible for onboarding utility customers to PowerClerk®. She works closely with existing and new customers to define and deliver training programs, document as-is and to-be business processes and to run integration workshops with other third-party vendors.  Prior to joining Clean Power Research in 2019, Melissa worked on Puget Sound Energy’s Net Metering team, and has 6+ years’ experience in project management for electric utilities, as well as hands-on experience in implementing the Power Clerk platform from the utility side. Melissa holds an Associate of Applied Science in Electrical and Mechanical Engineering, a Bachelor of Arts in Communications, and Masters in Business Administration focusing on Business Leadership. 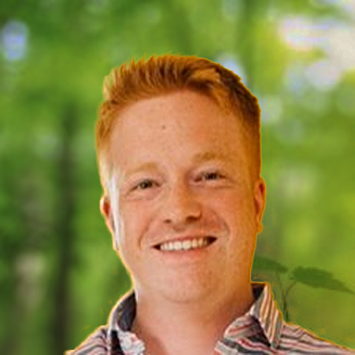 Scott DeWees is an energy-obsessed environmental professional being held captive in the Pacific Northwest  He is well liked for his aversion to seriousness and his personable delivery of customer enablement and education. Scott is easily excited by energy efficiency, decarbonization, and transportation topics. 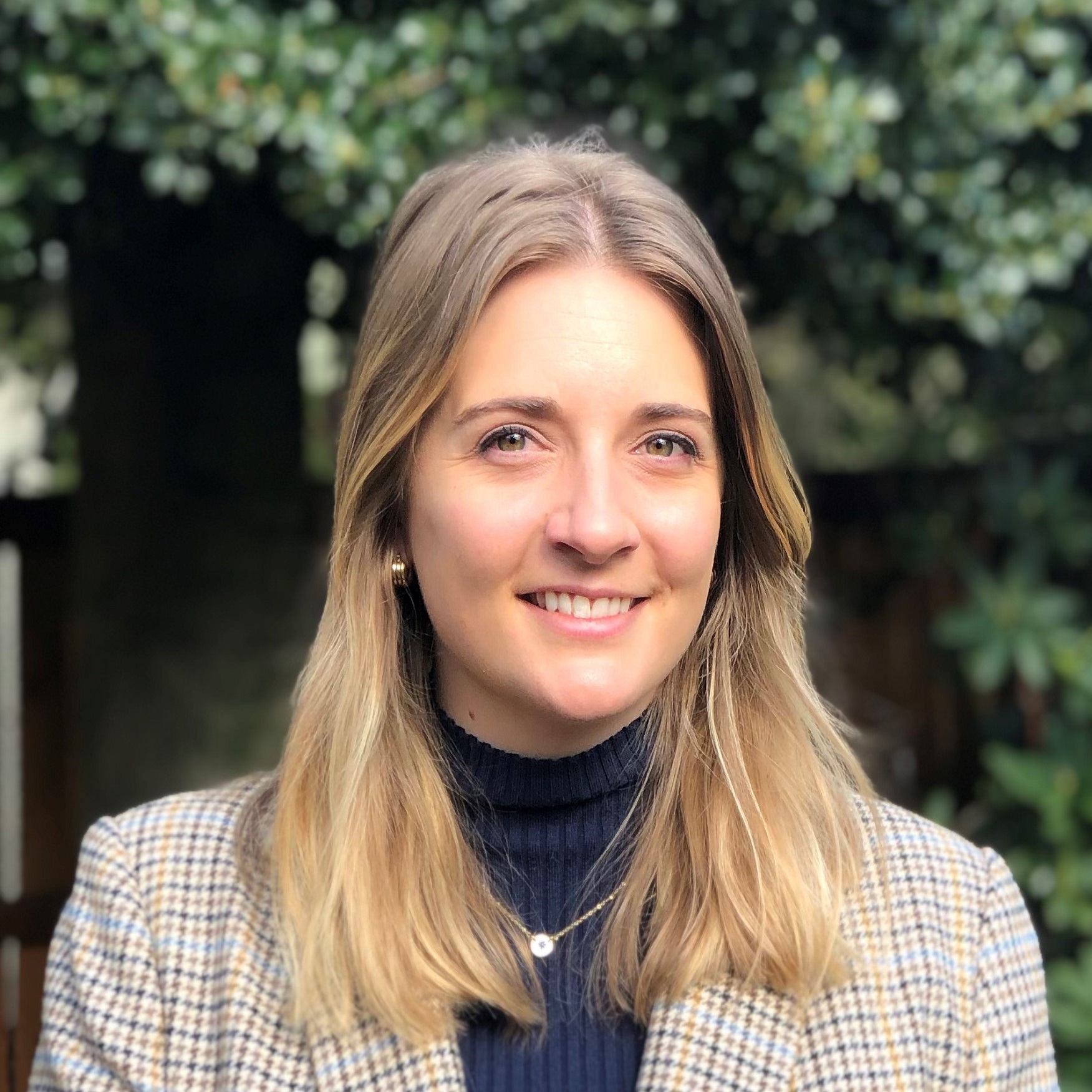 In her role as a Customer Success Manager Team Lead at Clean Power Research, Kristen works to support customer implementation of CPR’s data products. Whether you need solar resource assessment reports for utility-scale PV project finance or rooftop PV production estimates across an entire territory, Kristen and her team are there to make sure you are getting maximum value from your CPR products and services. Kristen started as a Customer Success Manager at CPR in 2019 after graduating from the University of North Carolina with a B.S. in Environmental Science. 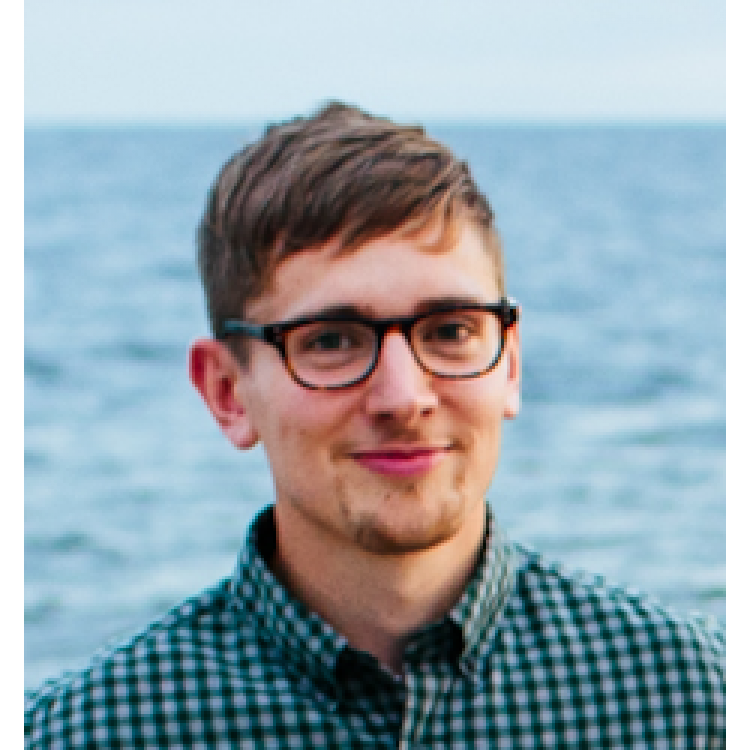 In his role as Technical Product Manager at Clean Power Research, Tom works closely with our utility customers to understand the details of electric utility programs and translate them into feature specifications for the WattPlan product. Before joining Clean Power Research, Tom worked on utility programs and energy initiatives in the U.S., U.K., and E.U. Tom holds an MBA, an M.S. in Environmental Sustainability, and a B.S. in Zoology 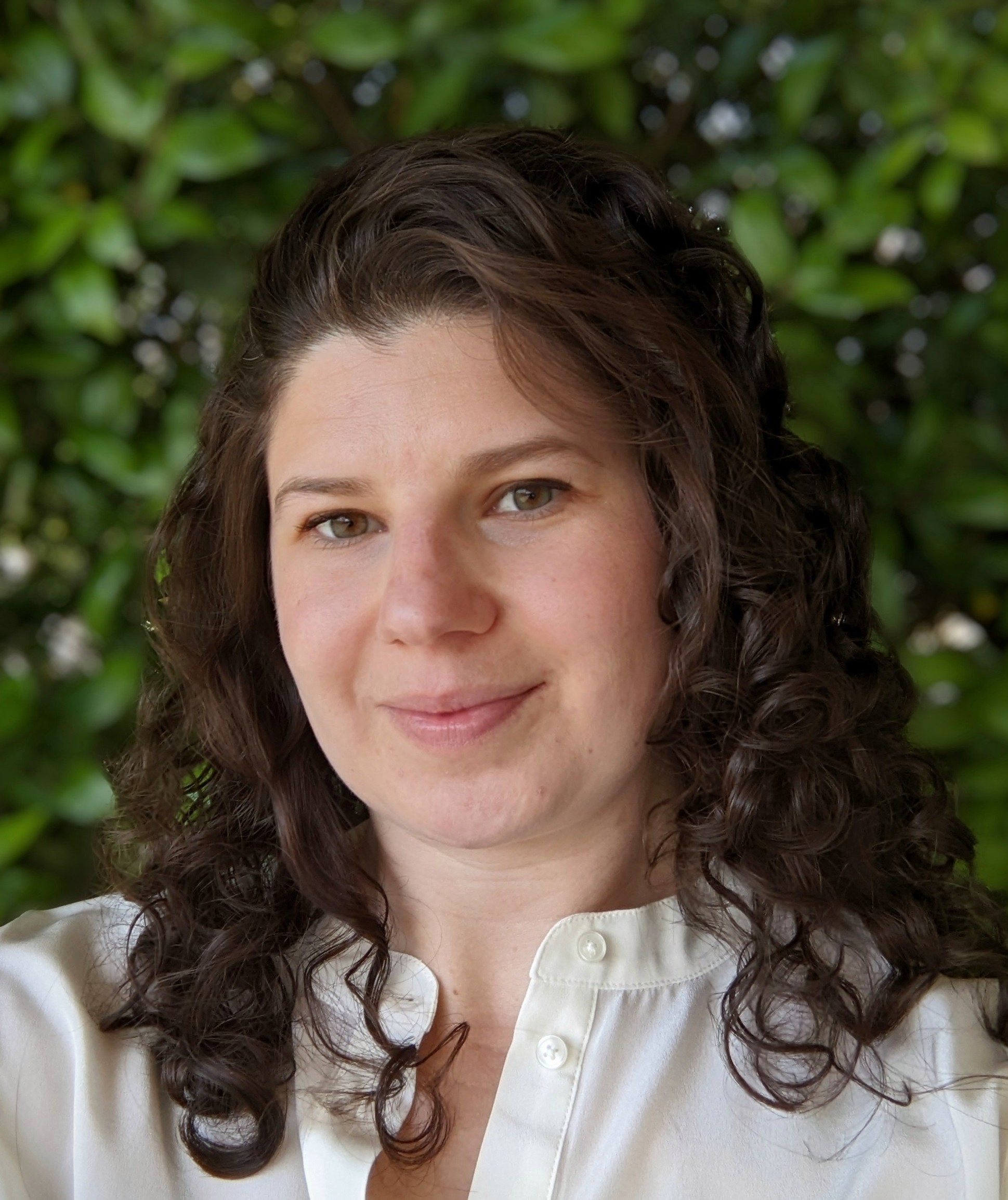 In his role as Senior Customer Delivery Manager, Connor is responsible for onboarding utility customers to PowerClerk®. He works closely with new and existing customers via Professional Services to define and deliver training programs, document as-is and to-be business processes and integrate with third-party vendors via API, Web Adapters, and SSO. Prior to joining Clean Power Research in 2018, Connor worked in the California Energy Commission's Renewable Energy Division, and has 7+ years’ of project management experience in the energy industry. Connor holds a Bachelor of Arts in Environmental Science/Biology, a Master's of Science focusing on Environmental Management, and a Renewable Energy Professional Certification from the Association of Energy Engineers. 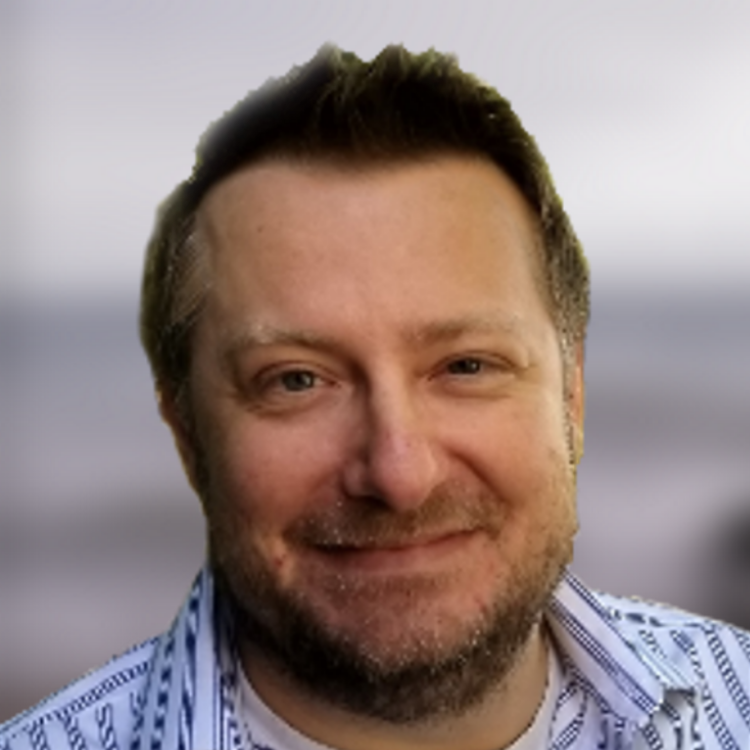 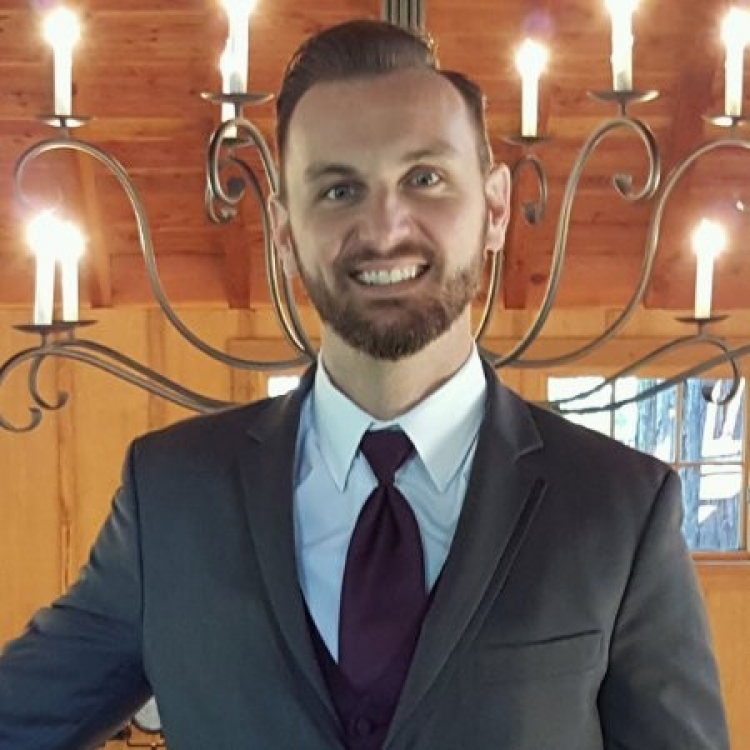 Ryan Saiz-Buchanan graduated from Embry-Riddle Aeronautical University in 2005 with a BS in Engineering Physics. From 2005-2015 he worked at the Emcore Corporation as a Program Engineer and was responsible for the design, fabrication, and testing of solar arrays for satellites. Some of his accolades include the LADEE Mission (Lunar and Dust Environment Explorer), the InSight Mars Lander (Interior Exploration using Seismic Investigations, Geodesy and Heat Transport) and several CRS (Commercial Resupply Service) satellites. From 2015-2020, Ryan worked at Wegmann Automotive as a Project Manager responsible for the installation of automation at automotive manufacturing facilities.

During his tenure, he led the installation of 8 automated wheel weight application systems in high volume automotive manufacturing plants. In July of 2020, Ryan accepted the Technical Program Manager position at PNM. One of his key responsibilities include the implementation of the PowerClerk New Service Delivery Program which deployed in January of 2021 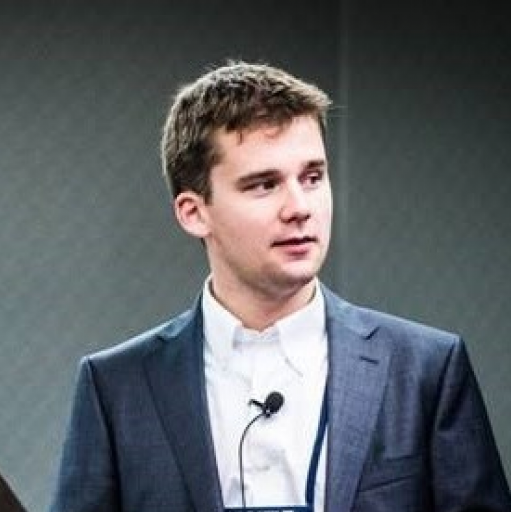 Gerhard Walker is the Manger for Advanced Forecasting and Modelling, System Planning at Eversource. In this role he leads a team of engineers and data scientists to evaluate the impacts of electrification policies on distribution and transmission systems.

Previously, Mr. Walker was the Director for Product Management at Opus One Solutions, a Canadian Utility Software supplier, where he led the scaling up of software solutions and successful customer acquisitions including HECO, SCE, Ameren, as well as expansions into the UK and Germany.

Mr. Walker began his career in 2013 at the Netze BW, Germany’s third largest DSO, leading research and development efforts into probabilistic forecasting, advanced system planning, and EV – grid integration topics. While at the Netze BW, Mr. Walker was in charge of federal regulatory efforts positioning DSO’s with the automotive industry on charge specifications and load management as well as being responsible for ELT coordination across all subsidiaries on GridMod topics. Subsequently, Mr. Walker joined GE Current as the Director for Grid Solutions in Boston, USA, to develop distribution use cases for virtual power plant aggregation of DERs.

Mr. Walker holds a Doctorate in Electrical Engineering with a Thesis focused on probabilistic modelling of electric vehicle adoption rate forecasting and power flows from the University of Stuttgart, Germany. 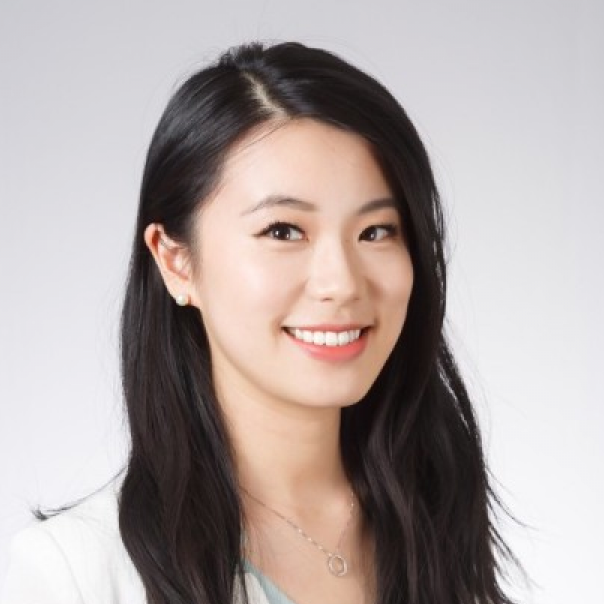 Previously, Sophia was a consulting engineer in the Canadian oil and energy sector for 10 years, where she optimized operations for multinational companies by building simulations for efficient engineering design.

Sophia’s passion for big data led her to a pursue a Masters in Data Analytics in Boston; in her data science fellowship she applied novel machine learning algorithms to predict electric vehicle adoption. Sophia seeks to deliver innovative solutions at the intersection data science, business analytics, and engineering. 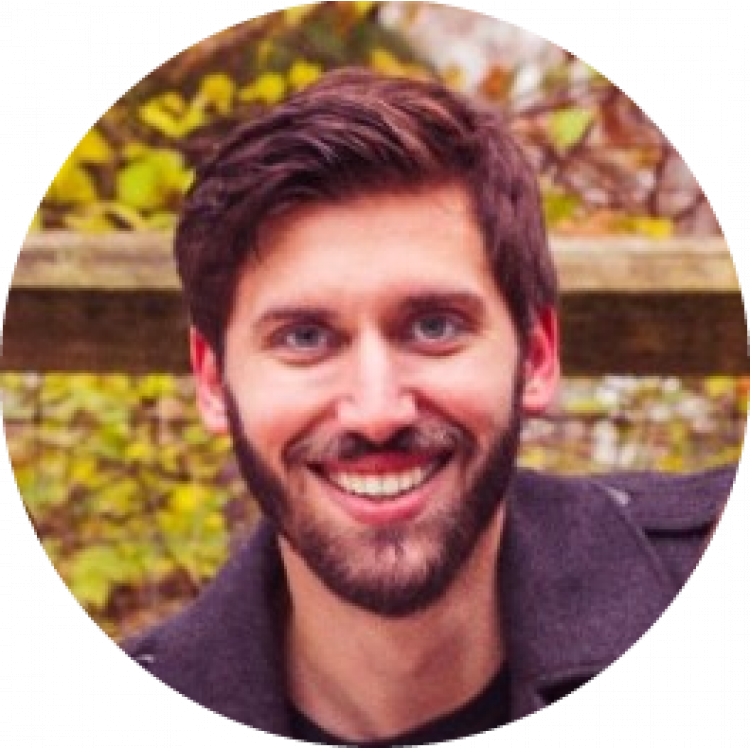 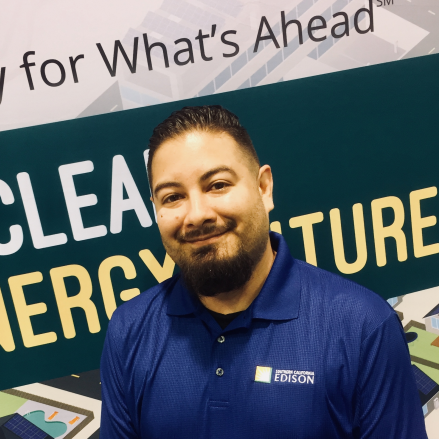 Rene has worked in SCE’s customer renewable energy group since 2010 and most recently served as SCE’s Net Energy Metering Program Manager since 2016, managing processes, regulatory and technical implementations in that space. Before working on NEM, Rene managed the California Solar Initiative through its wait list sunset in 2016. Rene has worked closely with Connor and others at CPR to implement various initiatives in the delivery of SCE’s renewable incentive and interconnection programs. 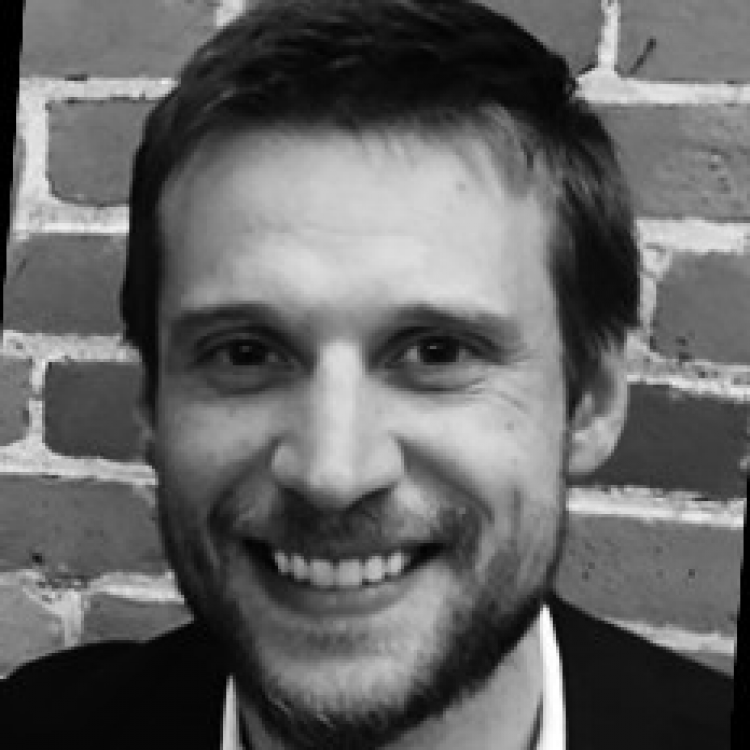 Scott started his career with Integral Analytics as a research analyst and lead software developer for the spatial electric load forecasting and power systems analysis software, LoadSEER.  LoadSEER was first implemented for utilities in 2008. It has since been deployed to 15+ large utility companies nationwide. 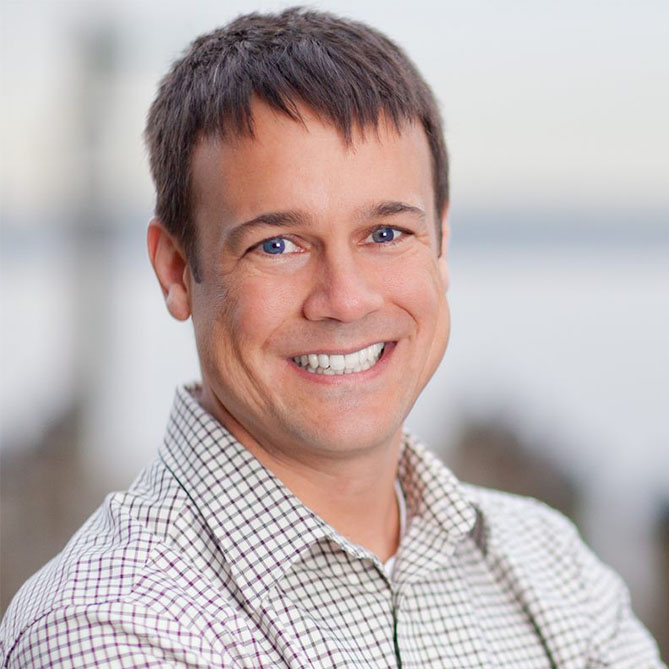 Jeff Ressler is Chief Executive Officer of Clean Power Research. In his more than ten years at the company, he has overseen the inception of the SolarAnywhere® and WattPlan® software families, and grown PowerClerk® from a nascent, online incentive processing tool into a powerful, general purpose energy program automation solution. A software industry veteran, he has a track record of delivering highly available cloud-based solutions to customers as well as deep experience building effective functional teams across engineering, product management, sales, marketing, business development, support and operations.

Jeff’s career includes stints at both Oracle and Disney in addition to more than 10 years at Microsoft. During his tenure at Microsoft, Jeff served as Director of Product Management for Exchange Server and Lead Product Manager for SQL Server, among other roles. For more than two years, he was the speech manager for Bill Gates, who was Microsoft’s Chairman and Chief Software Architect at the time. Jeff holds a degree in Industrial Engineering from Stanford University.

Learn more about Jeff in his own words in this Suncast interview with Nico Johnson, “From Redmond to the Sun: Why Jeff Ressler Left Microsoft to Focus on Clean Energy.” 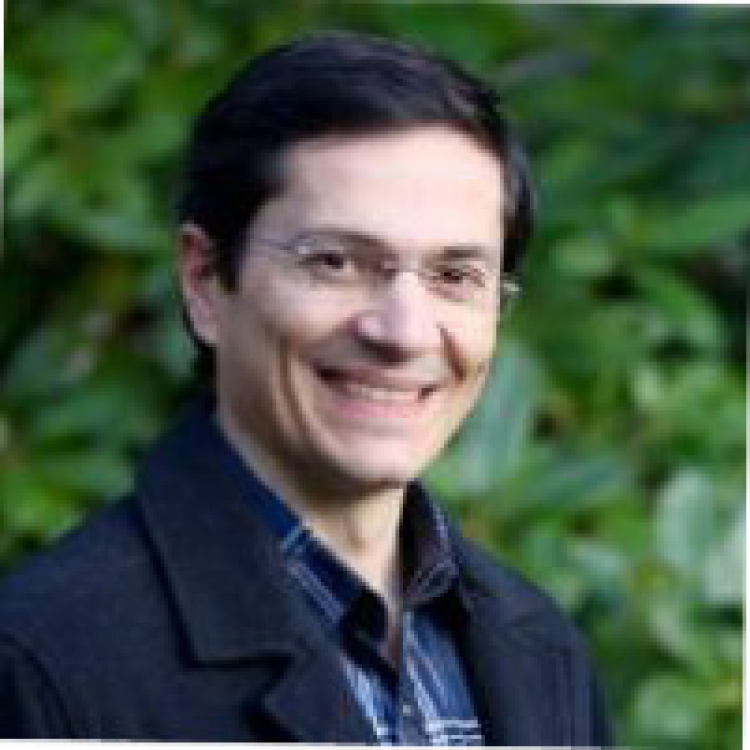 As the vice president of engineering at Clean Power Research, Carlos Brito heads the engineering teams responsible for developing the company’s software services and managing the respective operational aspects.

Carlos’ interest in clean energy is driven by his belief in the energy transformation, where renewables and energy technologies play a key role in achieving a more sustainable future. Carlos is a big fan of electric vehicles, and like several of his teammates, drives one to work every day.

Prior to joining Clean Power Research, Carlos spent time as a founding member of an early-stage startup. Most of his professional experience comes from developing enterprise and consumer software products at Microsoft, where he worked for 15 years. While at Microsoft, Carlos lead development teams working on multiple releases of Microsoft Outlook® and the Windows® operating system. Carlos holds a degree in Computer Science from the Faculty of Science and Technology, New University of Lisbon, Portugal. 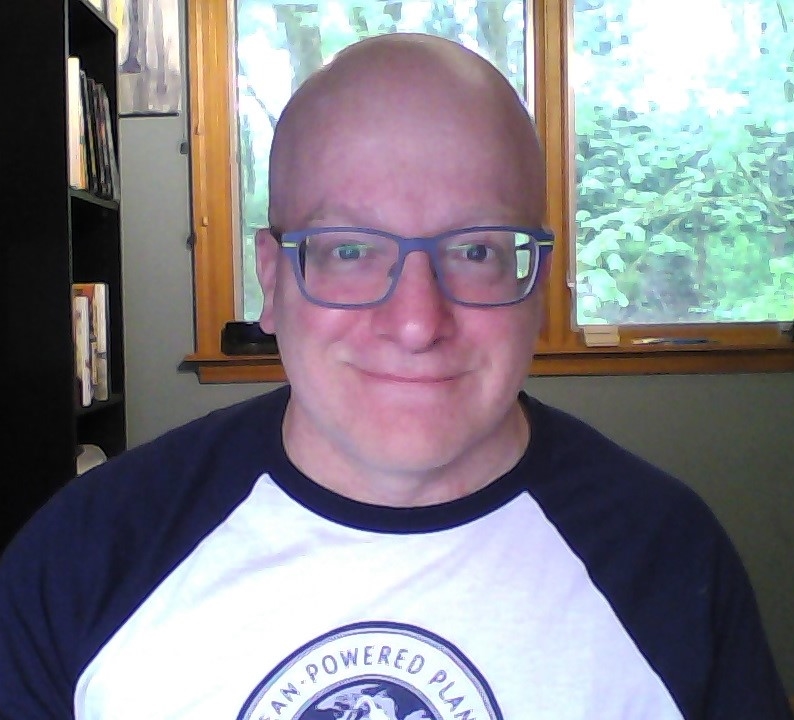 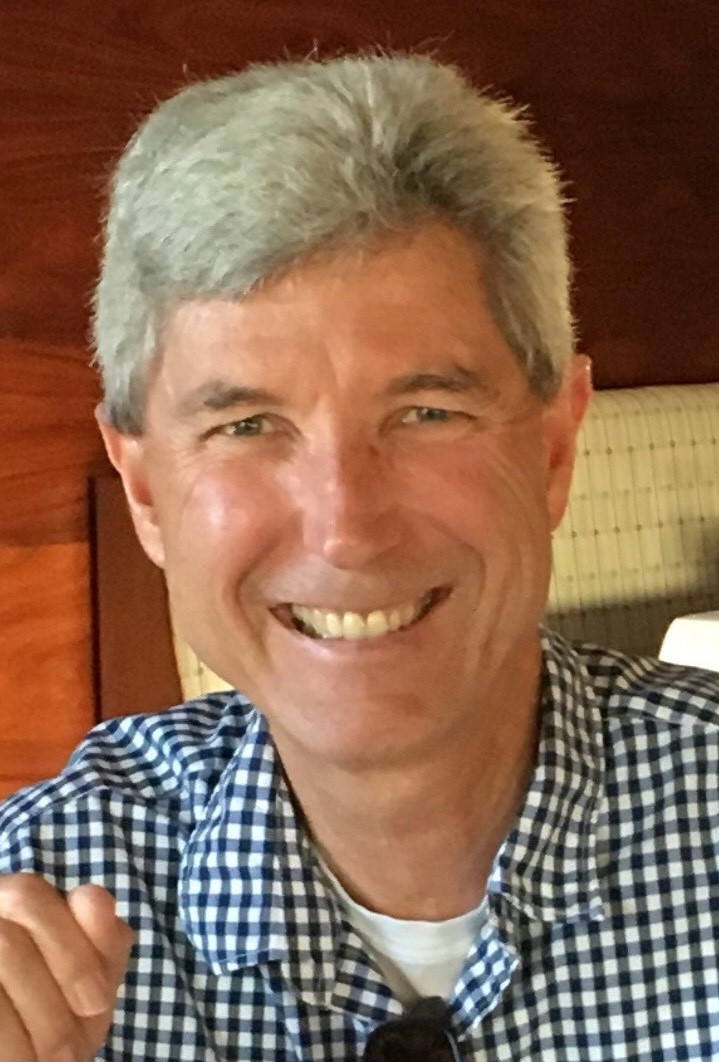 I manage the sales and business development team here at Clean Power Research. I have been in the industry for a while, with previous roles at PG&E, Southern Company, Siebel/Oracle and Autodesk. Feel free to contact me directly any time and thank you for attending Reflow!
Close
Close
Start
End
Description
Speakers